If your oral hygiene doesn't regularly involve cleaning between your teeth, you're certainly not alone. The Australian Dental Association estimates that a whopping 75% of Aussies rarely (or never) clean between their teeth. In terms of oral hygiene, this constitutes a significant blindspot. Perhaps you've tried flossing your teeth but have found it to be both awkward and uncomfortable. This doesn't mean that your interdental area (the spaces between your teeth) should be neglected.

You might only think about flossing when there's an obvious, immediate reason to do so, such as trapped food particles. Yes, it's very easy for food to become wedged in your interdental spaces, but only removing trapped food particles as needed isn't sufficient to keep this site clean. Although you might find dental floss awkward to use, it's not the only way to clean the spaces between your teeth.

When flossing isn't as convenient as you'd like it to be, it's best to try another option. Invest in a set of interdental brushes. These are small plastic brushes, and the brush head itself is either round or cone-shaped—which is ideal for getting the tiny brush between your teeth. You simply grasp the small handle between your thumb and forefinger and move it up and down. It's far easier to use than regular dental floss, although your gums might disagree—at first, anyway.

The use of an interdental brush can result in bleeding. The aggravation to your interdental gum tissues should only be a temporary concern, and it's simply that these sites are not used to the mild force of a cleaning implement. Your gum tissues should toughen up within days, and any bleeding after interdental cleaning will cease. Should your bleeding be pronounced or if it doesn't subside, see your dentist. Gums that easily bleed can indicate gingivitis, which will require treatment.

Bleeding gums following interdental cleaning aren't necessarily a sign of gingivitis, and it might be that your gums are simply sensitive. This means that interdental cleaning will trigger bleeding, despite being performed as delicately as you can manage. Some hormonal imbalances and vitamin deficiencies can lead to sensitive gums. In any event, this can mean that both flossing and interdental brushes are of little value to you. Think about investing in a water flossing system, which doesn't make direct contact with your gums. Instead, it releases a jet of water which you aim at your interdental sites. It's essentially interdental water-blasting, but you don't need to make physical contact with your gums. 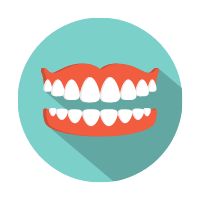 Modern dentistry can offer you lots of fantastic treatments which can help you to achieve the perfect smile. Our writers may not be qualified dental professionals but they have carried out tonnes of research into the latest dental treatments. On this site, you will be able to discover everything you need to know about laser whitening, invisible braces, and tooth replacement surgery. We hope that by the time you have finished reading this blog, you will be in a position to make the correct decision when it comes to choosing your next dental treatment. Thank you for stopping by to read our blog.

3 Key Differences Between An Emergency Dentist And A Regular Dentist
14 December 2022
The pain of a toothache in the middle of the night or a chipped tooth on the weekend can be enough to send anyone into a panic. In these situations, a …

5 Potential Causes of Your Toothache
18 October 2022
Have you been experiencing a toothache lately? It can be frustrating when you are in pain and don't know what's causing it. There are several potentia …

How Soft Drinks Damage Your Teeth
23 August 2022
Soft drinks like cola and lemonade may be refreshing, but they can do a lot of damage to your teeth. If you often suffer from tooth decay and tartar, …